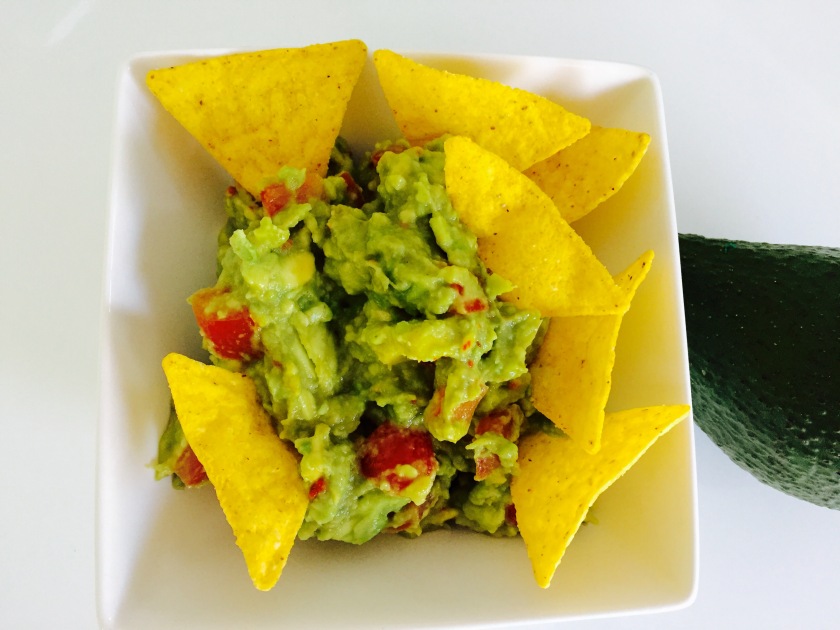 I grew up thinking Mexican food was a part of everyone’s common-day recipes, but didn’t realize until venturing outside of my home state some years ago that apparently in Texas there is a special fusion of Mexican-style foods, called Tex-Mex, that lends uniqueness to the origins of Mexican food.  The earliest recollection I had to this experience was when skiing in Colorado for a UIL band competition when I was around fourteen years old and my friends and I decided to eat at a “Mexican” restaurant.  I thought I had ordered the typical refried beans, Mexican rice, and enchiladas.  I think I must have starred at my plate for what seemed hours when they gave me my order; these were NOT refried beans nor enchiladas … It was black beans with no seasoning, and a dry burrito (I think?)!

I have lived long enough to build quite a fondness for many Tex-Mex dishes, and surprisingly guacamole was not on my original list of favorites should you have asked me when in my teens.  I don’t know why the appreciation for avocado came in my 20’s, but I am SO happy to have found it, and there is NO looking back now 🙂  This has now blessed many of my meals and I am really happy that both of my kids have found their own love for guacamole to the point they also love making the recipe!  Plus … Let’s be honest, the fact they can make this and it still come out equally tasty saves momma some much need time on other parts of the cooking – YAY me!

Our Latest On: Food

Around Town: Macaron by Patisse and Bite Macarons

Our Latest On Style

10 Weekender Bags Worth Going On The Road For

How To Make Your Own Ripped Jeans

Our Latest On Health

From Night Owl to Early Bird: A Step by Step Plan

What Are Your Strengths? You Should Want to Know Your...

Our Latest On Lifestyle

Our Latest On Travel

10 Weekender Bags Worth Going On The Road For

A Few Days in the Big Apple: A Family Getaway in NYC!

Our Latest On Musings

A Day’s Personal Outlook: What Is Your Glass?

In Case You Missed It: Here’s a Recap of our October...

Hi! We are Angela and Bridgette - two women ... moms ... friends, passionate about inspiring happiness here on To Be Simply Happy :) Follow us as we chronicle thru many things like travel, food, style, family, our thoughts, and much more!